A User Manual for Serendipity 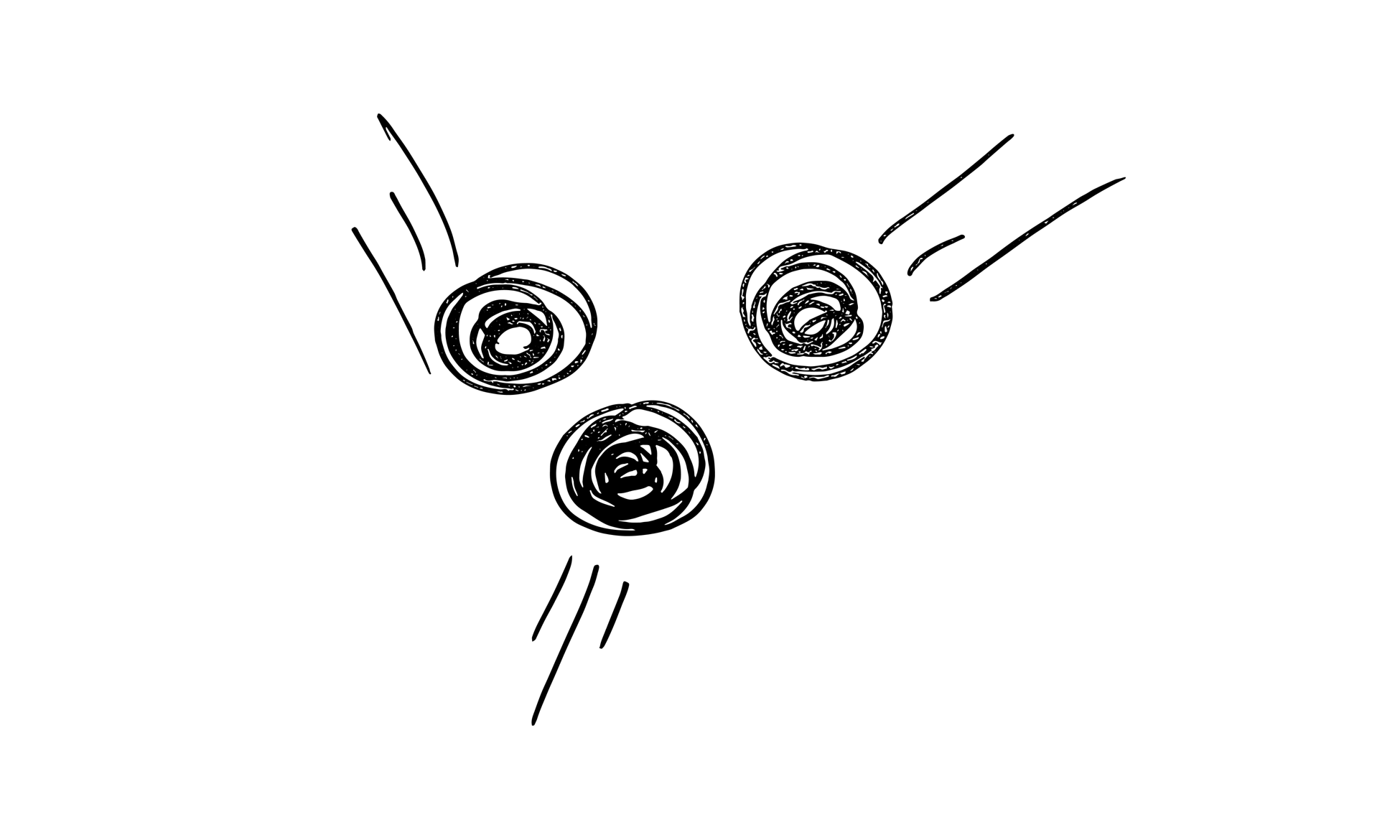 I don’t remember the details of the day it happened, but I do remember the moment. I was at the Rocky Mountain Overland Rally with my partner Val. I was probably reading a book and enjoying thinking about some new idea in my head. And while I was sitting there enjoying my own introverted self, a man walked over who would become a new best friend. But at that moment my brain was also probably saying “oh no, you have to talk to someone.”

I’m not sure what he said. Perhaps he noted the yellow kayak sitting atop our truck camper - affectionately named “the banana”. I’m not sure. That’s not what I remember about it. We chatted for a few minutes as one often does at events, and then he started walking back to his campsite. And then I did something I don’t normally do. Something that’s often hard and scary for me. I walked over to his campsite and kept the conversation going. And I met his wife. And I checked out his camping rig, an off-road camping trailer. Val and I had dinner later that evening at their campsite and decided to attend the evening program together.

We attended lots of classes together over the weekend, practicing tire repair and other overlandy things. By the end of the weekend, Val and I had an offer to join a trip he was planning in a few months. What did I do that day? I made a choice. I chose to lean in. I chose to say yes. To say yes to the possibility of friendship. A few years ago, I would have probably let the moment pass and returned to my book. But that day, I said yes to serendipity.

About a year before this moment occurred, Val and I had decided that while we loved our new hobby of overlanding we also missed the companionship of friends who camped and hiked with us before moving to Colorado. We were drawn to the abundant open spaces of the West, having a loose vision of being part of a community of people living life to the fullest in the outdoors. After moving, we slowly got into overlanding the abundant forest roads and public lands of the west, finding our own dispersed campsites and adventures. But we had been doing those things just the two of us. We wanted other people to share the joys, challenges, and sometimes even fears of adventure. We wanted our community.

As is often the case, our vision for our future wasn’t clear at first. But over time and through many conversations, we created a vision that included traveling with other like-minded overlanders. Through these conversations, we were clarifying our vision and emboldening our resolve to make it a reality. We started to try things that seemed like they might lead towards our vision. We chatted with friends to learn more about what types of adventure they pursued. We started going to a local overland meetup and went on a few trips but it wasn’t the right group for us. And eventually, we found ourselves at the Rocky Mountain Overland Rally.

The journey to find overlanding friends wasn’t clear. We didn’t have a detailed plan nor even a detailed goal. It was just a vision that we dreamed about, talked about, and occasionally tried to make progress towards. We were not sure where and when and if we would find these people. People with which we’d travel together, adventure together, eat together, laugh together, and dream of adventures to come together.

And so it was that about 7 months or so after clarifying our vision, serendipity came into our lives in the form of a man named Franklin walking into our campsite at the Rocky Mountain Overland Rally. But there’s a secret to serendipity that not everyone knows. When serendipity shows up in your life, you have to choose what to do with it. You have to choose to lean in and say yes or let the opportunity pass you by. Serendipity isn’t a thing, it’s an action. An action that requires you to make a choice.

Serendipity is often framed as something happening by chance that’s beneficial to you. For example, perhaps you dream about a new job and suddenly your friend mentions having an opening. Or perhaps you are looking for a new house and you see a perfect house for sale in a neighborhood you’ve always wanted to live in. But I believe serendipity has more structure to it than just chance. There’s a bit of a formula if you look closely. And by better understanding the formula, serendipity can not only be a fortuitous thing but also a tool in your toolbag for having a better chance of living a fulfilling life. So how does serendipity work?

Serendipity is possibility. Possibility of an option, of change, of fulfillment. Serendipity is a mindset and a tool for manifesting a vision into a reality by finding a path forward through the moments that present themselves in our lives. It’s a way to get from here to there without having too specific of a plan.

I believe serendipity starts with having clarity about yourself. Perhaps it’s having a vision for your future. Perhaps it’s understanding what fulfills you. These and other forms of clarity are filters that help you to notice serendipitous opportunities. It’s like how you start to notice a particular model of a car only after you buy it. Serendipity is similar: once you know what interests you, you start to become more attuned to it and notice it in more places. If you’re looking for a new job you start to see more related options and opportunities. Or perhaps you even start putting yourself in situations where serendipity is more likely. In my case, attending overland meetups and eventually, the Rocky Mountain Overland Rally, likely increased my chances of finding other overlanders looking for companions to travel with.

But often saying yes is scary. Ironically, saying no to something is basically saying yes to the way things are. And while you might not be very fulfilled by the way things are, at least you know what is likely going to happen. Saying yes might be saying yes to joy or it might be saying yes to sorrow. In these moments, it’s helpful for me to realize there is no possibility of joy without the possibility of sorrow. And as George Addair once said, “Everything you’ve ever wanted is on the other side of fear.” It takes courage to lean in and say yes to serendipity. But oh what amazing beautiful joyful fulfillment you can find on the other side of that fear.

There’s a moment in serendipitous opportunities where you can make a choice. You can choose to lean in and say yes or you can choose to say no (or do nothing which is effectively saying no). There’s not a right or wrong answer. Not every moment that seems serendipitous will turn out as you’ve imagined it might. But there is always a new possibility in saying yes. The possibility of something that wasn’t before. Saying yes isn’t necessarily saying “yes, forever” but saying “yes, I am curious about this and want to see where it goes.” It might take time and energy to see what that something is and where it leads. It might not be the amazing fulfilling thing you dreamed about, but it might be. It might be one of the most amazing fulfilling things in your life.

At that moment at the Rocky Mountain Overland Rally, I’m glad I leaned in and said yes. Without it, I wouldn’t have gotten to know Franklin, his wife Lauren, and their family. I wouldn’t have gotten to know their friends Nate and Kelly and their family. We wouldn’t have gone on the amazing trips we’ve gone on over the past few years, 6 adults, 6 kids, and 2 dogs crammed into 3 overlanding rigs traveling the desolation of the Western United States in a tight-knit community of friends and family. I wouldn’t have made a huge Italian dinner for everyone while overlanding in the canyonlands of western Colorado. I wouldn’t have gotten nicked named Icebreakers after driving through ice ponds and snowdrifts in early September in the Snowy Range of Wyoming. And I wouldn’t have dropped everything I was doing a few days ago to drive to a GPS coordinate sent to me by satellite messenger and drive 3 hours to the middle of nowhere to hang out with my overlanding family without serendipity. But I also wouldn’t have done those things if I hadn’t chosen yes and those other people also hadn’t chosen yes. And next time Franklin says, “so I have an idea for a trip” and I get a bit freaked out and fearful about what might go wrong I’ll try to hold some space for what joy it might also hold and listen for the whisper of serendipity. So when serendipity calls, what will you choose?

Know yourself. Be yourself.
Let Onwardly be your trusted partner and guide along the way. Start your journey today!